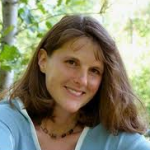 Kate Messner is the award-winning author of more than twenty current and forthcoming books for young readers. Kate’s titles include picture books like Over and Under the Snow, the Marty McGuire chapter book series, and middle grade novels like Wake Up Missing, Capture The Flag, and Hide And Seek. Kate’s books have been honored with the E.B. White Read Aloud Medal, and SCBWI’s Golden Kite Award for Picture Book Text; included on the New York Times Notable, ALSC Notable, CBC Outstanding Trade Books for Science, and Bank Street College’s Best Books for Children lists; and nominated for fourteen state book awards.  Kate spoke at the 2012 TED Conference and is a frequent presenter at schools, libraries, and conferences for writers and educators. Find her on Twitter @KateMessner and at www.katemessner.com.

You were a middle school teacher, and, at least for a time, both writer and teacher. Can you share with us how teaching has influenced your writing, and how you balanced the two?

I spent fifteen years teaching middle school English and put, quite literally, thousands of books in kids’ hands during those years.  Handing a student that “just-right” book was one of my favorite parts of my job, and it led to me think a lot about what makes kids love a novel.  That’s one of the things that got me writing more seriously while I was teaching. In those days, my writing time was from about nine o’clock at night until midnight, and that’s how my first half dozen books were written.

Visiting schools to give presentations and do writing workshops with kids is still one of my favorite parts of my job. People ask me sometimes how I get the kids in my books to sound like real kids, and for me, it comes down to knowing how kids talk and think and what it feels like to be twelve. I still have all of those students’ voices in my head and their dreams and hopes and worries in my heart.

You have written many books for kids, ranging from picture books to novels. Is your process for each format the same, or does it change depending on the project? 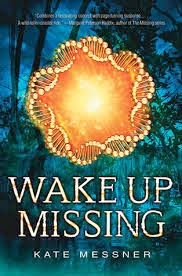 It’s different for every project, and while I wish I could tell you that I have a “picture book process” or “novel-writing process” down pat, even that isn’t true.  While I do have a very general process (think and research – draft fast – revise fearlessly again and again) I’ve found that every book is different in what it demands of me.  If they’re at all unique, books can’t follow a cookie-cutter process, so I find myself inventing new planning and revision tools for every new book, and they’re not always useful later on.

Case in point: my science thriller WAKE UP MISSING has a main character with a concussion, which makes her narration shaky and unreliable at times. She’s receiving treatment through part of the book but not other parts, and when I was revising, I was worried that her actions and thoughts weren’t consistent with her post-concussion symptoms. The solution? I designed a chapter-day-symptom-treatment-thinking-emotion chart so that I could track, chapter by chapter, whether or not Cat’s symptoms were making sense with the other elements of the story. It was incredibly useful and helped me solve a lot of problems with that book, but is it going to come in handy again? Probably not!

In 2012 your picture book OVER AND UNDER THE SNOW won the SCBWI Golden Kite Award for picture book text. Can you share a little about that experience and the role SCBWI has played in your writing life? 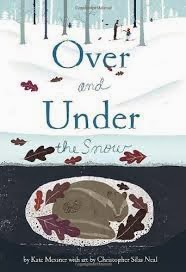 I still remember getting that phone call from Lin Oliver. I was actually in California at the time, getting ready for the TED Talk I gave in 2012. Hearing all the other speakers at TED that week was a gift of an experience and I was quite literally walking back to my hotel room after one of the speaker sessions, thinking “Days don’t get much better than this,” when my cell phone rang and...well...the day got even better. Learning that OVER AND UNDER THE SNOW won the Golden Kite Award for picture book text was one of the most exciting things that’s happened in my writing life because it comes from my fellow writers in an organization that really forms the heart of our community. The New England SCBWI Conference is where I attended my first writing workshops and learned about agents and editors. It’s where I was inspired by speakers like Bruce Coville and Laurie Halse Anderson and Cynthia Lord.  It’s where I met my first writer pals – who are now not just critique buddies but some of my best friends in the world. So yes...that Golden Kite phone call made me a little weepy in the best possible way.

At the upcoming conference, you’ll be giving keynote, but you’ll also be presenting at the sold-out Plot Intensive. Do you tend to start your projects with plot? 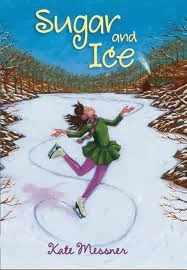 I’m learning, answering your questions, that there aren’t a lot of “usuallys” in my writing world because my ideas come to me in all different shapes. SUGAR AND ICE, for example, started with character and setting – a figure skater and a maple farm. CAPTURE THE FLAG started with genre and setting – I remember thinking, “I want to write a mystery set in a snowed-in airport!” and taking it from there.  And Marty McGuire, of course, is all about character – Marty herself. 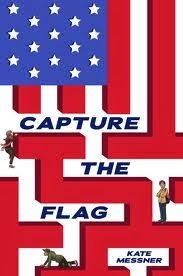 But plot is such an essential piece of the puzzle for any book we want kids to keep reading, so whether or not it’s the starting point, it’s something I always spend lots of time on. Usually, my plot outlines start out incredibly rough – a few scribbled lines in a notebook. From there, I do a rough outline in Scrivener, the writing software I use, and then I start writing.  Most days, after I write a scene or two, I go back and revise my outline, so it’s not a strict guideline but more of a fluid document that changes as I grow to understand my characters more fully. Plot that doesn’t grow out of character often feels forced to me, so it’s not often helpful for me to think about the two as if they’re separate elements of writing. I absolutely love to talk about planning and plotting, though, so I’m incredibly excited for the plot intensive. Any time I participate in a group workshop like this, I always learn so much preparing for my talk, and then on the day of the event, I inevitably learn at least as much as I teach. It should be a terrific day!

You can still register for the upcoming SCBWI Winter Conference HERE. It's right around the corner!