So often, when I make my trek across Puget Sound, I wish I could pack all of you up in my mini-van (we’d really have to squish in) so you could share the incredible beauty all along they way. Saturday it was magical from start to finish. The kind of morning I needed after a rough week.

I had planned to head over on Friday night so that I could attend Jaime Temairik's Holiday Monster party. I'm still sad I missed it. I hear it was monster-ific. You can read about it HERE. 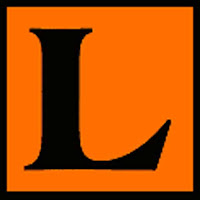 I started my day as a guest speaker in Lois Brandt's NaNoWriMo class. Yes, she has a class that assisted a group of writers in reaching their NaNo goals. Cool, huh? Cool until you hear that I was invited to represent the NaNo Loser. I walked in sporting a cap with a BIG capital L on it. Well, actually that's not quite true, but it would have been fun. And it would have made sense. That L could have stood for Liar rather than Loser since I told them how lies helped my successes with last year's NaNo. I'll tell you of my lying ways in another post. Promise. (I know it must be hard to believe me now that I've outed myself.) 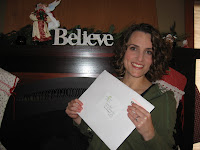 But, I did get to share my recent good news--news that came because of my NaNo loss last year. I've signed with an agent. Here I am a week ago when the agreement came in the mail (prior to the week falling apart). I know this is just a beginning, but I'm trying to celebrate all my successes along the way. And it felt appropriate to stand in front the word believe for this photo. I'm still holding tight to the belief that my novel will find a home...the right home. And now with the help of my agent; the fabulous and savvy Rosemary Stimola, it feels even more possible.

I spent the afternoon at the wonderful Third Place Books where I browsed and read and wrote and met a best friend's aunt in the bathroom. Funny...I know. At least that' s what I did until it was time for the big event; Martha Brokenbrough's Things That Make Us [Sic] book event.

So, I think Martha is about one of the smartest, funniest people I know. And so was her event. There was even Grammarella the Punctuation Psychic on hand. BTW...I'm an apostrophe. I'm sure that's obvious.

Just look at Grammarella soaking up her psychic vibe from all the books. 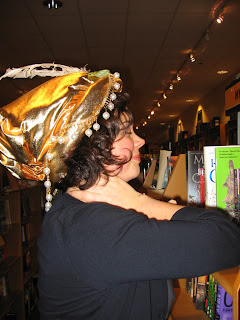 Not only was the event attended by Grammarella, but also a very large chicken. 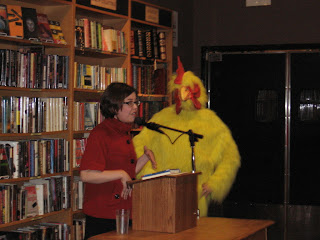 And what's more...there were lots of cool peeps there. Here I am with Joni Sensel, Martha Brokenbrough, and Holly Cupala . (On a side note, the talented Mrs. Cupala sent me home with a yummy treat. I'll tell you about that in a later post.) 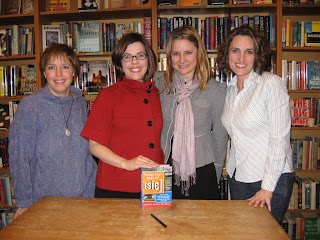 I would say it's obvious that the evening was as smart and funny as the book and its author. If a book about grammar sounds boring, I dare you to pick this one up and say it is. Watch for a coffee spot interview with Martha in the near future...

Wow, seems I'm promising a bunch of future posts. Guess I'm not lacking content. But before the others, you're sure to hear about my time with the colorful Laini Taylor. If you are in the Seattle area this Wednesday, you won't want to miss Laini's appearance at the SCBWI Western Washington Professional Series meeting. I won't!
Posted by Cuppa Jolie at 1:02 PM

Wish I could make the text bigger! So proud of you! What a lucky agent that Rosemary is.

Your book is going to find the perfect home soon and I'll be first in line to get mine autographed by the soon-to-be-famous author.

What a monstrous loser you are... NOT! I'm no liar, and my psychic powers tell me you're going to be a HUGE success. It's a good thing you weren't a big chicken when it came to NaNoWriMo. Keep on inspiring the rest of us, please!

Fantastic news about the agent, Jolie. Congratulations. I'd love to hear the whole story sometime.

Hey, CocoaStomp! Why...I recognize that turban. It looks remarkably like Grammarella's. And, you're too sweet.

Thanks, Laurie and Annie. Some day I will tell the whole story (or at least in bits and pieces...or the lying parts).

You are an inspiration for us all!

congrads on agent. I think its great to celebrate all the milstones we leap over along the way.:)
shelli
http://www.faeriality.blogspot.com/

See you tomorrow! Don't forget the post-meeting cocktails. We'll get you tipsy so you'll tell me your secrets for inspiration before NY. ;)

Thanks so much, Kjersten and Shelli!

Kim...post meeting cocktails? Really? Do you know that I don't get home until midnight on meeting nights? And that I have to teach Bodypump on Thursday? Cocktails?...sounds fun...but we'll see.

Your news is tres jolie and made my day. I will be second in line behind Jaime for an autographed copy of that soon-to-be bestseller.

Now, when I finally return your champagne glass, I will be sure to return it brimming with bubbly!

This is the best news. I am so proud of you, and I wish you (and Rosemary) much success in the coming months!

Having read your post, I am convinced you are a Futurist. Much Future success to you. as we all wait for those future posts you promise. Followed by future books and future success. Your future is bright. Bye, until the future.

Gee, I wouldn't mind being a big Loser like you :) Congratulations, Jolie, and I hope for a quick sale.

It was great to see you last night. You and Sara have done a fabulous job with our chapter.

Rosemary is very discerning, so your book must be awesome. Here's to a quick sale!

And, Kirby, to get the champagne glass (that one I never use!) with a little bubbly to celebrate (hopefully a sale) would be a dream!

CONGRATULATIONS!!!!!!!! I'm so happy for you and know we'll be celebrating at your book party SOON.