Monday Moment #106: a writing prompt for your work-in-progress 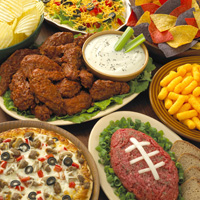 That's what my ten-year-old girlie said to me yesterday.
My girls  have never been to a Super Bowl party, and actually, they still haven't. But we decided we wanted to watch the Super Bowl yesterday so we put out a spread (you can't Super Bowl without great munchies) and the food was a success.
But what about the actual game? How do you get two young girls, who know nothing about football, to hang out and watch for hours? Food alone won't do it.
But GAMBLING will. (Yes, call the mother-of-the-year board. This move was award worthy.) 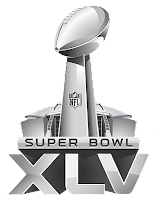 Of course. Why not introduce my children to a little betting on the Bowl. We made up some Super Bowl Squares and each added our names to either 16 or 17 (it was a small gathering of six people). We each put $1.50 in the pot. Big bucks I know.  But a $1.50 is pretty big to a third and fifth grader. But they were in. We drew the numbers and plugged them in. Makes you sit up a pay attention a bit more when your watching the score to see if your numbers might be winners.
Although, I will say that it was almost a disaster when one kid won the first two quarters. I thought her little sister was going to come unglued. I won quarter number three. And, oh my! My eight-year old was watching that game with more energy than most big-time football fans at the end. And, guess what...she was the big winner. A whopping $4.50.

Made for a fun afternoon of football for all of  us.

Is there a time in your character's life when what would have been an ordinary day turned into something special and fun?
Posted by Cuppa Jolie at 3:03 PM

Such a smart idea! We took a different approach--Adam told them the game had a villain. So, I guess ours was language arts and yours was math. Next year, we'll try math. :-)