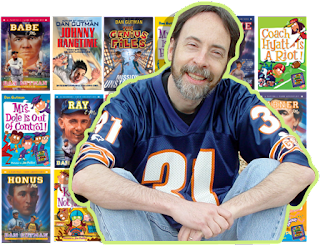 Not many authors publish their rejections letters. Not so for Dan Gutman. He shares several on his website, and says he’s received hundreds of them. Gutman has also published over a hundred books for kids, including the very popular MY WEIRD SCHOOL series. Not too shabby, eh?

So, Dan, you've received hundreds of rejections, but you've also published over a hundred books. At this point, for each rejection letter, do you now have a book?

No, because a lot of books have been rejected repeatedly.  "Honus" was rejected ten times.  "Johnny Hangtime" was rejected twelve times.  "Casey Back At Bat" was rejected TWENTY times.  It took ten years to get that one published.  Man, now you're getting me depressed!

Ha! Sorry ‘bout that, Dan. But it seems you’ve made peace with rejection being part of a writer’s life. Was there any one thing that helped you let go of the upset that comes with rejection?

It must have simply been blind arrogance, on my part.  I just convinced myself that my writing and my ideas were good ones that kids would really like.  I never assumed that just because somebody was an editor working for a major publishing company, they were a better judge than I was.  I trusted my instincts.  Also, I was motivated to succeed because I wanted to show those editors how wrong they were.  Success is the best revenge!

Love that! And thanks for the reminder.

Your journey is an interesting one. Your original desire was to write humor, but it took you a while to figure out that your writing sweet spot was writing for kids. Do you have any advice that might help people find their own writing sweet spot? 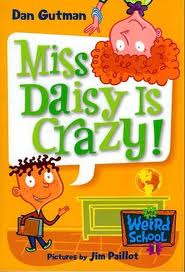 You are amazingly prolific, having published over 100 books. Many writers, especially those just getting started, find finishing a project one of their biggest obstacles. Any advice for getting to “The End”?

Hmmm, for me, it's always the MIDDLE that is the hard part.  When I start a book, I usually know how it will begin and how it will end.  Then I struggle with what comes between.
I play little mental tricks on myself.  I will make a false deadline, a date by which a project must be finished (even if it's not due yet).  I will set the day before I'm going away on trip as the day I have to finish a project.  I'll limit the number of hours in a day I work on a project, because I find I get a lot done when I have to do it in a short period of time.  That kind of stuff.

As alway, SCBWI Team Blog will be live blogging from the conference floor. Mark your calendar for the August 3rd kick-off.

"Honus" is one of my all-time favorite books, and I have handed it to so many young readers -- who come back for more from "that Gutman guy." Also, great interview, Jolie!

Thank, Linda. I'm looking forward to hearing him in LA.

Can't wait to hear him at SCBWI. Thanks for the interview!

Nice to see you back posting again! Great way to start too! Enjoyed Dan's replies to your fascinating questions. Good job!

Great interview! Thanks so much for the "cuppa" inspiration -- I'm needing it today.

This is really worth reading, it has too much details in it and yet it is so simple to understand, Thanks for sharing the picture it has great detail in it and i really appreciate your true artistic work!

Nice article, thanks for the information.

I alway admire someone that just keep going until the no become yes!

Excellent article on using this website. Thank you so much.

Greetings! Very helpful advice within this post!Music courses online sydney It is the little changes that make the biggest changes.Thanks for sharing!